This is the Part 4 of my series of tutorials about the math behind Support Vector Machines.
Today we are going to learn how to solve an unconstrained minimization problem.

It took me a while to write this article because the subject is vast and assume a lot of prior knowledge. What should I explain and what should I skip was kind of a hard line to trace. After a while, I ended up with a large Part 4 which was too long to read. So I decided to split it. Welcome, Part 4, Part 5 and Part 6!

In this article try to make it as simple as possible for everybody. However, I cannot explain everything. I will assume that you know what derivatives and partial derivatives are. You are also expected to know what a matrix, the transpose of a matrix are and how to compute the determinant of a matrix.

During the last few months, I received a lot of comments and encouragements and several hundred people subscribed to be notified when this part is published. I wish to thank all of you, and I hope you will enjoy reading it.

In Part 3, we discovered that to maximize the margin we need to minimize the norm of

It means we need to solve the following optimization problem:

The first thing to notice about this optimization problem is that it has constraints. They are defined by the line which begins with "subject to".  You may think that there is only one constraint, but there is, in fact,

constraints. (this is because of the last line "for any"...) 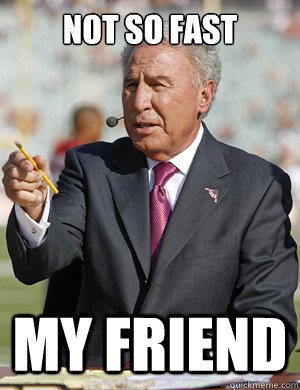 Before tackling such a complicated problem, let us start with a simpler one. We will first look at how to solve an unconstrained optimization problem, more specifically, we will study unconstrained minimization. That is the problem of finding which input makes a function return its minimum. (Note: in the SVM case,  we wish to minimize the function computing the norm of

, we could call it

Let us consider a point

(you should read it "x star", we just add the star so that you know we are talking about a specific variable, and not about any

How do we know if

is a local minimum of a function

? Well, it is pretty simple, we just need to apply the following theorem:

is positive definite then

The hard truth with such a theorem is that although being extremely concise, it is totally impossible to understand without some background information. What is

?  What do we mean by positive definite?

Sometimes,  we will be given more informations, and the previous theorem can also be rephrased like this :

What does this all mean?

Let us examine this definition step by step.

First, we introduce a function which we call

, this function takes its values from a set

(omega) and returns a real number. There is a first difficulty here because we do not state what

is, but we will be able to guess it in the next line. This function

should be continuous and twice differentiable, or the rest of the definition will not be true.

is a local minimum of

if and only if:

We want to find a value to give to

for it to produce its minimum. We simply name this value

From the notation we can tell two things:

to be a local minimum of

. We must check that the gradient of the function

is equal to zero. What is the gradient? Just think of it as a derivative on steroids.

Definition:  "the gradient is a generalization of the usual concept of derivative of a function in one dimension to a function in several dimensions" (Wikipedia)

This definition gives us more pieces of information. A gradient is, in fact, the same thing as a derivative, but for functions like

which take vectors as input. That is why we wanted

to be a differentiable function in the first place, if it is not the case we cannot compute the gradient, and we are stuck.

In calculus, when we want to study a function, we often study the sign of its derivative. It allows you to determine if the function is increasing or decreasing and to identify minimum and maximum. By setting the derivative to zero, we can find the "critical points" of the function at which it reaches a maximum or a minimum. (You can read this excellent explanation if you want to refresh your memory). When we work with functions having more variable, we need to set each partial derivative to zero.

It turns out, the gradient of a function is a vector containing each of its partial derivatives. By studying the sign of the gradient, we can gather important pieces of information about the function. In this case, checking if the gradient equals zero for

allow us to determine if

is a critical point (and that the function

possibly has a minimum at this point). (Note: Checking if the gradient equals zero at a point means checking that each partial derivative equals zero for this point)

The gradient of a function is denoted by the symbol

is just a repetition of "

That is where most people get lost. This single sentence requires a lot of backgrounds. You need to know:

The Hessian is a matrix, and we give it a name. We could call it

but instead we call it

which is more explicit.  We keep the symbol

used for the gradient, and add a

to denote we the fact that this time we are talking about second-order partial derivative. Then we specify the name of the function (

) from which we will compute these derivates. By writing

as input and that the Hessian is computed for a given

To sum up, we need to compute a matrix called the Hessian matrix for

.
So we take the function

, we take the value of

and we compute the value for each cell of the matrix using the following formula:

Eventually we get the Hessian matrix and it contains all the numbers we have computed.

Let us look at the definition to see if we understand it well:

Definition: In mathematics, the Hessian matrix or Hessian is a square matrix of second-order partial derivatives of a scalar-valued function. It describes the local curvature of a function of many variables. (Wikipedia)

(Note: A scalar valued function is a function that takes one or more values but returns a single value. In our case

is a scalar valued function.)

Now that we have the Hessian matrix, we want to know if it is positive definite at

is called positive definite if

This time, we note that once again we were given the definition in the first place. It was just a little bit harder to read because of our notational choice. If we replace

we get exactly the formula written in the part 2. of the detailed theorem:

The Hessian matrix is square, but is it symmetric?

Luckily for us yes!

"if the second derivatives of

are all continuous in a neighborhood

, then the Hessian of

is a symmetric matrix throughout

But even with the definition, we still don't know how to check that the Hessian is positive definite.  That is because the formula

We can't try this formula for all

!
That is why we will use the following theorem:

So we have three ways of checking that a matrix is positive definite:

Let's pick the second method and look at it in more details.

of a matrix we remove the

column, and compute the determinant of the remaining matrix.

Example:
Let us consider the following 3 by 3 matrix:

of this matrix we remove the line number 1 and the column number 2.  We get:

so we compute the determinant of:

is called a principal minor when

For our 3x3 matrix, the principal minors are :

But that is not all ! Indeed, minors also have what we call an order.

Definition:
A minor of

is principal if it is obtained by deleting

columns with the same numbers. (Source)

In our previous example, the matrix is

and we deleted 1 line, so we computed principal minors of order 2.

for any of the principal minors of order

: does not exist because if we remove three lines and three columns we have deleted our matrix!

. Let us find the others:

: is what we have seen before:

: We delete nothing. So it is the determinant of the matrix :

Definition:
The leading principal minor of

is the minor of order

obtained by deleting the last

So it turns out leading principal minors are simpler to get. If we write

for the leading principal minor of order k we find that:

(we deleted the last two lines and column)

and if they are all positive, we will know that the matrix is positive definite.

We now have fully examined what we have to know, and you should be able to understand how to solve an unconstrained minimization problem. Let us check that everything is clear with an example.

In this example we will try to find the minimum of the function:

which is known as the Rosenbrock's banana function.

First, we will search for which points its gradient

So we compute the partial derivatives and we find:

(Tip: if you want to check your calculation you can use Wolfram alpha)

Our goal is to find when they are both at zero, so we need to solve the following system of equations:

We distribute to get:

. But is this a minimum?

The Hessian matrix is :

Let us now compute the Hessian for

The matrix is symetric, we can check its leading principal minors:

If we remove the last line and last column the minor

This is the determinant of the Hessian:

All the leading principal minors of the Hessian are positives. It means that the Hessian is positive definite.

The two conditions we needed are met, and we can say that the point

A point is called a local minimum when it is the smallest value within a range. More formally:

is said to be a local minimum if there exists some

. This is illustrated in the figure below:

A global minimum, however, is true for the whole domain of the function:

is said to be a global minimum if

So all our hard work was just to find a local minimum, but in real life, we often want to find the global minimum...

We discovered that finding the minimum of a function is not so simple, and it was not even a global minimum. However, some functions, called convex functions are easier to work with. What is a convex function? Read the Part 5 of this tutorial series to find out! Thanks for reading.